There’s a famous Danish sketch (in Danish) from 1964 called “Skolekammerater”, [English: “(High)school buddies”] in which two middle-aged men meet on the street, recognize each other as former high school mates and for about 5 minutes reminisce about their joint heroics in high school… Along the way they have slightly different recollections of the various events, which makes the whole sketch funny, until they finally realize, that while their high school experiences were similar, they actually weren’t joint, as they did not go to the same school and actually never met before… Or as they summarize it themselves in the final moments: “By Golly, then we aren’t even us!”… 🙂

I am reminded of this when I come across some words that are spelled the same or similarly in both English and Danish and look as if they came out of the same “school” – but yet have a different meaning in each language.

One such word is “Vision”. In English it is the ability of our eyes to see. In Danish that is called “Syn”. But the word “Vision” also exists in Danish and is equivalent to English “A vision”, i.e. an ability to see something that isn’t there.

“Refusion”  is another tricky one. Ask an English-speaking Dane, like me, to translate the meaning of “Refusion” into Danish and you’ll probably get that it either means something synonymous to “a Denial”, someone saying “No!”, or a repetition of a “fusion”-process in which metals or atoms are melted together. In Danish, however, “Refusion” actually means “a Refund (of your money)”.  But then it turns out trickier than even that: I looked up the English definition of the word “Refusion” and to my surprise it turns out that my Danish language-mind got the best of me. I thought “Refusion” was what happened in English when someone refused something. That is not correct. The act of refusing is called “A Refusal” in English… I wonder how many Danes reading this made the same mistake at first read-through?

[Sorry, dear reader, you will not get a refund for the time we’ve spent together here. Hopefully none is needed. 🙂 ]

The reassuring thing is: A spade is still a spade in both languages!…well…mostly…unless you’re referring to the playing card color! 🙂 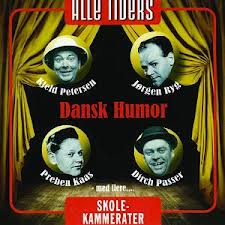 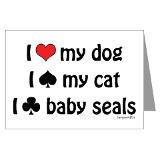