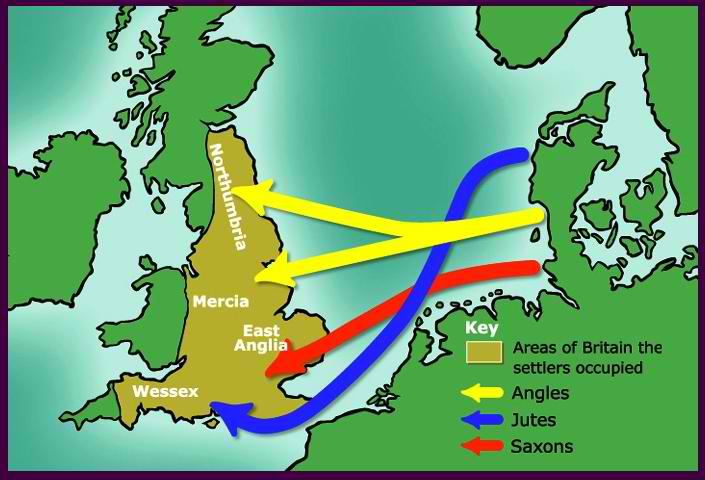 “The British are coming!” is of course the famous line attributed to Paul Revere, one of the founding fathers of USA, best known for his “Midnight Ride” from Boston to Lexington on April 18, 1775. He was supposedly shouting “The British are coming!” to warn the rebel colonist forces of an impending attack by the British Redcoats. The line was immortalized, and apparently also made up, in a famous poem by Longfellow: “Paul Revere’s Ride“. “Made up” because historians are of the conviction that while the ride really occurred, the actual warning was most likely delivered in silence…

The “English is coming!” is my word-play on Paul Revere’s (or Longfellow’s) famous line. The English language and English words are of course sneaking their way into contemporary Danish vocabulary, both openly and silently. It’s no wonder in a country like Denmark, where upwards of 80% of Danes do, or think they do :-), speak fluent English. So, the English is coming inside Danish. Are you with?

“Are you with”: In Danish we often use the expression “Er du med?”, which correctly translated means “Do you follow me?”. Incorrect, verbatim translation is, however, “Are you with”. Yes, it is OK in Danish to end a sentence with a preposition. The trap, which many a Danish English-speaker has fallen into, is of course that the preposition rules are different in English and also that some times English has different words, when Danish has just one. In this case translating “med” with “along” rather than “with” would yield maybe not a 100% correct English, but at least something much closer to it. Are you along?

Any English-speaking visitor visiting Denmark today will be shocked by the prevalence of the fine English curse-word “F**ck”. It has sneaked its way in and it’s everywhere. Maybe you won’t see it written, but you’ll hear it used on TV, radio and pretty much everywhere interspersed into otherwise faultless Danish. This always reminds me of that general cultural observation that a curse in a foreign language is not really a curse. Even though most Danes speak and write English, it is NOT their primary language and therefore throwing in what just seems to be a funny-sounding foreign word, even though that word is not so nice in its original language, seems totally OK. I remember how in my youth in Denmark we used the funny sounding (to us) German word “gewesen” (=”has been”) to refer to anything we didn’t know the exact name of, sort of equivalent to the modern English slang words “do-hickey” and “whatchamacallit”…

So, some English words, like “f**ck”, silently sneak their way into Danish. Eventually some get accepted and become “official” Danish:

In my previous posting I mentioned the English word “to spend”, which does not have a direct equivalent in Danish. Well, a correction is needed and one that shows how it can be tricky when English words start appearing in Danish. “To spend” USED to NOT have a direct equivalent in Danish. Now it does have one. The official Danish vocabulary and spelling dictionary, Retskrivningsordbogen, now includes the word “spendere”, which is the “danish-ized” direct adaptation of “to spend”. Clearly, if we Danes know it exists in English and it covers an exact, useful concept, we want it too :-). The trickiness of “spendere” is that its meaning is ever so slightly, slightly different in Danish!:

Why? Here I have a theory: I think it’s because “at spendere” ends up sounding very close to the Danish verb “at spilde”, which means “to waste”. We store things in our brain by similarities, so that’s probably what colors the meaning of “at spendere” in Danish.

And of course one has to be careful with word-combinations and abstractization. Take the previously mentioned  “Spending Power”: the direct translation “Spenderingskraft” would still be meaningless in Danish. “Købekraft” is still correct. 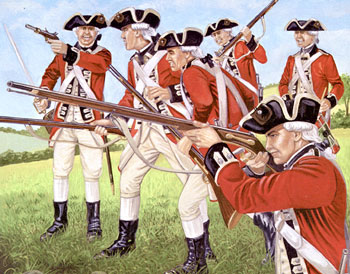 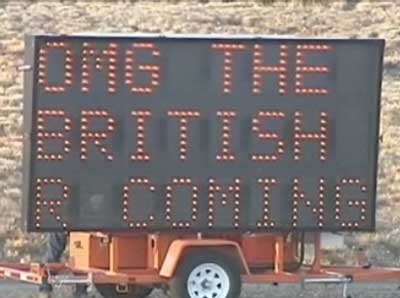 When you have money in your bank account, you have “Spending Power”. That is a power to spend (your money). Often used these days synonymously with “Account Balance”. On the other hand “The Power of Spending” is something else: it brings up a vision of the head-rush and ecstatic joy you feel, when you find exactly what you’ve been shopping for and are happy spending money on it.
Some times mistranslations are almost profound… In these economically challenging times we are of course all trying to save a dime or two, -and resist the power that a good shopping excursion has over us :-).

The English expression “Spending Power” was mistranslated as “Udgifternes Magt”, which means “The Power of Expenses” or “The Power of Spending”. The correct translation should be:

Also, as Americans are stereotyped as the #1 consumers in the world. while the Nordic Danes have more of a reputation for saving their dimes, it is interesting (profound?) to note that the English verb “to spend” has no direct equivalent in Danish!

When it comes to money we “use” it:

When it comes to days we spend them by using the (time-related) verb “Tilbringe”:

Which all together, of course, is why sentences involving “spending” are difficult to get correct in Danish. We don’t have the word. Although I am sure we get the concept just fine 🙂 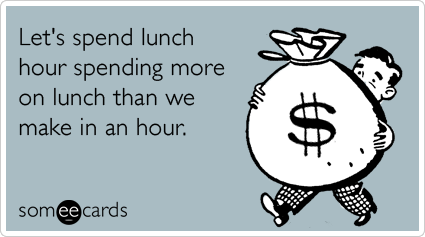