I’d like to share in this column few things I have learned about business language and some tricky parts and pitfalls when translating between English and Danish corporate lingo.

In general, in English business language the people running a company’s day-to-day operations are called the Executives. These are the guys or gals who are CEOs, presidents, vice-presidents, deputy presidents etc. In all but small, privately owned businesses, the Executives in turn report to a committee of people, who meet once a quarter or once a month and who make sure, or at least are supposed to make sure, that business is conducted well. These guys are called the Board of Directors or the Supervisory Board. Lastly, there’s an annual meeting of Shareholders, which usually is tasked with electing the Board of Directors, which in turn appoints the Executives.

Often the largest mistakes come from the simplest causes. In Danish, the Executives are called “Direktører”. So “Direktører” are NOT the guys or gals who sit on the Board of Directors! Very often I have seen English <-> Danish translations of annual reports and such making the fundamental mistake of equating “direktører” to “directors”, as the two words “obviously” are very alike. And that is wrong.

When the annual accounts (UK) or annual statements (USA) are presented, they have been audited by an independent auditor. The act of auditing is called “Revision” in Danish, and the person performing the task is a “Revisor”. Unfortunately, the word “revision” is also used in Danish to mean the same as in English: “English: revision, change”.  There’s a better word for “revision, change” in Danish: “revidering”, but it’s losing the battle to the shorter “revision”.

Context is everything. So, the Danish sentence

And more on the issue of accounting. In US English “accounts” are the customers one sells to, while “accounting” is what one does to count the money.

So, following a change, let’s say the employees will be notified by email. Danish has adopted the English word “mail” (as well as “e-mail”) to solely refer to the new kind of mail, i.e. email. Regular mail is called “post” in Danish. So,

Termination vs. resignation:
In English there are two distinctly different words that differentiate between someone being fired and someone quitting his job: termination and resignation: Danish also has two words: opsigelse and fratræden, respectively. However the matter can get unnecessary complicated because, while “Danish: at opsige” means “English: to terminate, fire someone”, the reversal of words means exactly the opposite: “Danish: at sige op” means “English: to quit”. 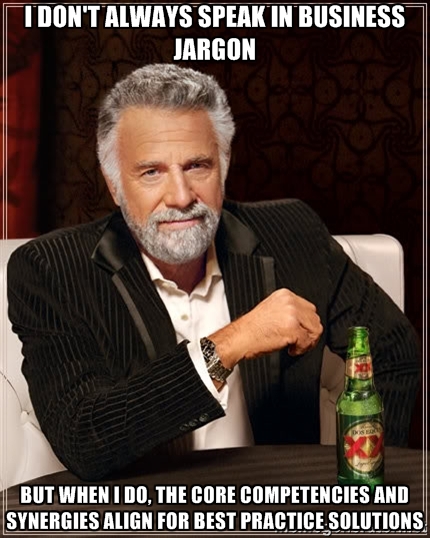