Take the simple word “Take”: The same English word is both a noun (“a take“, referring to recording a movie scene) and it is also a verb (“to take”). Simultaneously, the cousin-word “taken” doubles as both past tense of the verb, and an adjective, AND an adverb. Wow, English can be so concise! 🙂 The tendency of the English language to often use the same exact word for all grammatical variations can make it some times hard to understand the English at hand, not to mention the challenges of localizing to a different language. On one hand: you can have something absolutely correct because in English the noun, the verb, the adjective or the adverb are often the very same word. On the other hand: it can be absolutely wrong: the sameness of two English words can make the word(s) slip through the localization/translation machinery and appear at the other end in entirely wrong shape for the target language.

A web site button labelled “Pay” —> This is an order to pay for merchandise, which in Danish would have the correct translation: “Betal”. Database-based “translation systems” that hold single words and sentences of a web site in different languages can some times be too simplistic in their approach… So, next time these systems encounter the word “Pay” they often would go: “Aha! “Pay”, we’ve seen that before, we have a match, let’s insert the Danish word “Betal” then”. And that would be incorrect.
While English uses the same word in a request to pay and in a sentence about payments, in Danish they would be two words with different endings:

Danish generally has two forms of a verb: the passive one ends with an -e and in the active version the ending -e is omitted. Things get much worse for Slavic languages where you can have up to 7 different endings of a verb depending on inflection.

And just when one thinks one has figured it out, one hasn’t:

The English adjective “hard” has two different adverbs, -which mean exactly the opposite of each other! 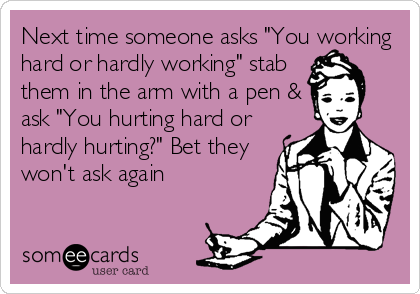